How to Choose the Best Power Conditioner for a Guitar Amp

Line noise is like kryptonite to a musician. It doesn’t matter how well you jam if the music is drowned out by hums, hisses or other background noises caused by electromagnetic interference (EMI) or radio frequency interference (RFI).

Some EMI/RFI line noise is man-made caused by, for instance, wi-fi signals, fluorescent light bulbs and cell phones. Some causes are natural, such as sunspots and lighting. All line noise has the potential not just to mess up your music, but your valuable equipment as well.

A good power conditioner for your guitar amp is essential to not only filtering out disruptive EMI/RFI line noise, but also protecting your gear from everyday power surges and spikes that can damage sensitive circuitry. Several guitar-amp power conditioners are available that will do the job. 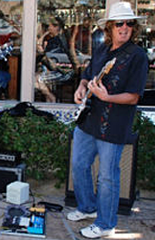 “What could be as valuable to a guitarist as his or hers old, special amplifier? Let me tell you. I had a nice, older Fender Twin Reverb amplifier that got fried by a power surge and never sounded right again despite the best efforts of repairmen. I swore it would never happen to me again! I bring my Tripp Lite LS606M Power Conditioner to every gig and another is permanently in my practice room at home, saving my amps from damaging power problems like surges and line noise and giving me peace-of-mind.”

Malcolm “Mac” MacDonald,
Member of the Chicago Federation of Musicians since 1979 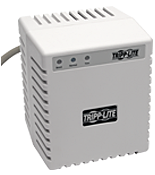 The LS606M 600W 120V Power Conditioner that’s endorsed by Mac is well-suited for solo playing gigs or in your practice space. Its network-grade 720-joule surge suppression rating (the more joules, the better) prevents spikes from inflicting damage and audio/video performance problems on your connected equipment. Its six NEMA 5-15R outlets should be plenty for your guitar, amps and other components.

Get more information on the LS606M Power Conditioner 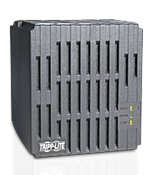 Like joules, the more decibels (dB) your power conditioner has, the more powerful its line noise filtering. Up from the LS606M’s 20 dB is the 75 dB of the LR1000 1000W 230V Power Conditioner. It has only four outlets (two NEMA 5-15R and two C13) and 340 joules of surge protection, but its hearty 75 dB of line noise suppression should ensure the only sounds blasting from your speakers are the sounds you create.

Get more information on the LR1000 Power Conditioner

Finally, the LCR2400 2400W 120V Power Conditioner is one you should consider taking on the road to paying gigs. It installs in 3U of space in an EIA-standard 19-inch rack and allows you to plug up to 14 electronic devices into its NEMA 5-15R outlets. It’s more expensive than the two power conditioners listed above, but it packs a whopping 1400 joules and an 80 dB line noise suppression rating. That should be more than enough to keep your band’s expensive equipment sounding crisp, clean, and safe from power damage.

Get more information on the LCR2400 Rack Power Conditioner