Buying a New TV or Computer Monitor? Here Are the Terms You Need to Know 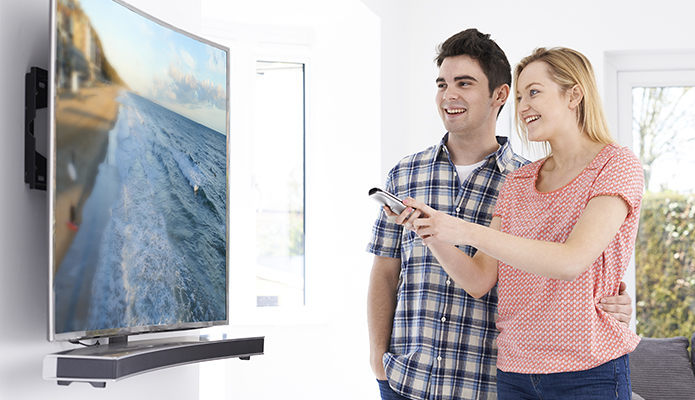 Buying a new TV or computer monitor can be a challenging process. With the dizzying array of marketing terms and specifications to wade through, it’s difficult to weigh your options and choose the best display to ensure your investment stands the test of time… and technologies.

Getting familiar with the following glossary will help you determine which specifications matter the most, so you can pick the right TV or monitor for your home, office, restaurant, bar, retail space or kiosk.

A: Frames Per Second (FPS) is the number of images (frames) per second that are captured on a camera, video recorder or other image capturing device. The result of frames per second can be seen on HD TVs and monitors via video images. Frames per second are typically listed in the specifications as 24 fps, 30 fps or 60 fps. The higher the fps number, the better the image quality. However, the human eye can only recognize up to 30 fps, so 60 fps is usually only seen in high frame rate mediums such as animated videos.

A: High Dynamic Range (HDR) for HD TVs and monitors can deliver the best video image quality to date by boosting the brightness of highlights and allowing for more natural color. With HDR10, the TV gets one set of instructions at the beginning of the show or movie in the form of a single, static metadata set. With static metadata, one fixed tone mapping curve is applied across the whole film based on the scene with the highest luminance.

A: HDR10+, also known as HDR10 Plus, updates HDR10 by adding dynamic metadata that can be used to more accurately adjust brightness levels on a scene-by-scene or frame-by-frame basis. HDR10+ supports up to 12-bit color depth and 8K resolution. Furthermore, the ease of authoring video content will lead to much more HDR film and episodic content becoming available.

A: Standard Dynamic Range (SDR) is the current standard for HD TVs, monitors and other video displays. It is limited by its ability to only represent a fraction of the dynamic range that High Dynamic Range (HDR) is capable of. HDR, therefore, preserves detail in scenes where the contrast ratio of the monitor could otherwise be a hindrance. SDR lacks this aptitude, but is a cost-saving way of providing enhanced video images.

Q: What is Ultra HD?

Q: What is chroma subsampling?

A: Chroma subsampling is the practice of encoding images by implementing less resolution for chroma information than for luminated information, taking advantage of the human visual system’s lower acuity for color differences than for luminance. It is used in many video encoded schemes, including analog, digital and JPEG encoding to enhance the video image quality.

A: High-Bandwidth Digital Content Protection (HDCP) is a system designed to protect digital content. The technology is intended to protect unauthorized duplication of High Definition (HD) video and audio as it travels across connections from your computer to your HD TV.

A: Extended Display Identification Data (EDID) data exchange is a standardized means for a display to communicate its capabilities to a source device. The premise of this communication is for the display to relay its operational characteristics, such as its native resolution, to the attached source and then allow the source to generate the necessary video characteristics to match the needs of the display. This maximizes the functional compatibility between devices without requiring a user to configure them manually, thus reducing the potential for incorrect settings and adjustments that could compromise the quality of the displayed images and overall reliability of the system.

Q: What is Consumer Electronics Control?

A: Consumer Electronics Control (CEC) is a feature of HDMI designed to control HDMI-connected devices by using only one remote control, so individual CEC-enabled devices can command and control each other without user intervention for up to 15 devices.

A: 3D video adds stereoscopic vision, meaning that two separate images are shown simultaneously—one to each eye. This adds a level of visual perspective similar to how we see the world, unlike 2D which displays a single two-dimensional image.

A: 48-bit color is typically associated with HD TVs and can support up to 281 trillion total colors. 48-bit deep color displays a clearer picture than 16- or 32-bit color and can adjust to light sensitivity.

Q: What is DTS-HD Master Audio?

Q: What is Dolby Vision?

Make Sure You Have the Right Connectivity Solutions

For these features to work properly, make sure they are supported on all the equipment that connects your new TV with other devices. Tripp Lite offers a vast selection of cables, hubs, docks, extenders and other products that support HDR10+, 48-bit deep color, Dolby Vision, chroma subsampling and every other technology listed above.