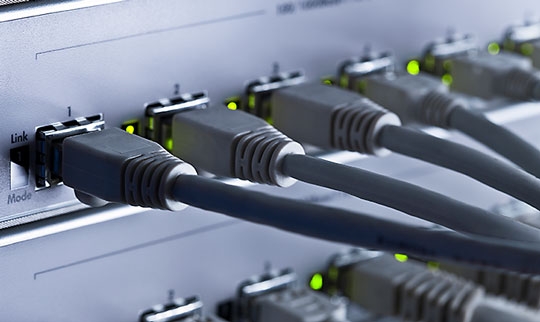 From the cloud to the edge, IT networks need to move more data than ever before, and they need to move it quickly. The right infrastructure cabling will facilitate maximum speed and performance. IT managers who are designing or upgrading a network have a number of cable options to navigate, including where and when to use Cat8 cable.

What is Cat8 Ethernet Cable?

Category 8, or just Cat8, is the latest IEEE standard in copper Ethernet cable. It represents a significant leap in data transfer speed over the earlier Cat7 and Cat6a cables. It uses standard RJ45 connectors and is backwards compatible with previous standards. 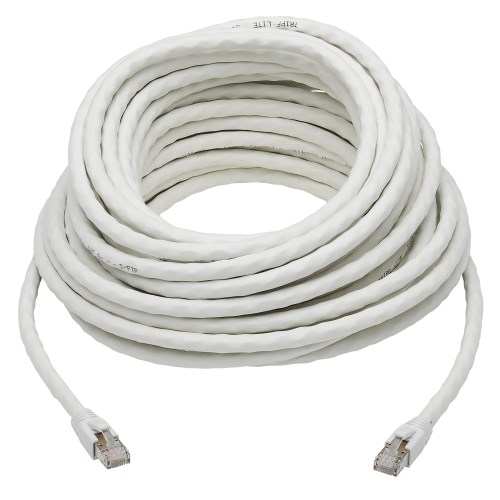 One of the key differences in Cat8 cable is its shielding. As part of the cable jacket, a shielded or shielded twisted pair (STP) cable employs a layer of conductive material to protect the internal conductors from electromagnetic interference (EMI), resulting in faster data transmission speeds and fewer errors. Cat8 cables go one step further, wrapping each twisted pair in foil to virtually eliminate crosstalk and enable higher data transmission speeds. The result is a heavier gauge cable that is quite rigid and difficult to install in tight spaces.

How Fast is Cat8 Cable?

Cat8 is the fastest Ethernet cable yet. It's data transfer speed of up to 40 Gbps is four times faster than Cat6a, while its support of bandwidth up to 2 GHz (four times more than standard Cat6a bandwidth) reduces latency for superior signal quality.

What is Cat8 Cable Used For?

Cat8 Ethernet cable is ideal for switch to switch communications in data centers and server rooms, where 25GBase‑T and 40GBase‑T networks are common. Its RJ45 ends will connect standard network equipment like switches and routers, allowing for 25G or 40G network upgrades that do not require a complete equipment overhaul.

Shielded foiled twisted pair (S/FTP) construction includes shielding around each pair of wires within the cable to reduce near-end crosstalk (NEXT) and braiding around the group of pairs to minimize EMI/RFI line noise in crowded network installations.

Should I Use Cat8 in my Home Network?

You certainly can use Cat8 in a home network but it's really designed for high-speed switch to switch communication in a data center. Plus, the heavier gauge Cat8 cable is quite rigid, making it more difficult to install and terminate. A better, more cost-effective choice for a "future-proofed" home network would be Cat6 or Cat6a cable.

Cat8 cable supports Power over Ethernet (PoE) technology for delivering power and data over a single cable. By eliminating or reducing the need for power cords, Cat8 cable can save space in crowded server rooms and simplify edge computing installations. With a maximum range of 98 ft. (30 m), Cat8 cable can reach PoE devices like security cameras and wireless access points when they are not conveniently close to an AC power source. 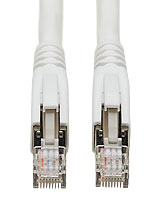